Australia - The Trip of a Lifetime

Trip of a LIfetime
Cindy M.

When did you first travel to Australia, and what were your first thoughts:
Our first trip to Australia was in 2008 and it was the trip of a lifetime. Everything I had ever dreamed of about Australia was even better seeing it in person. The people are so laid back and friendly, the food is delicious and there are so many things to see and do. It is a beautiful country.

What was the first thing you did: 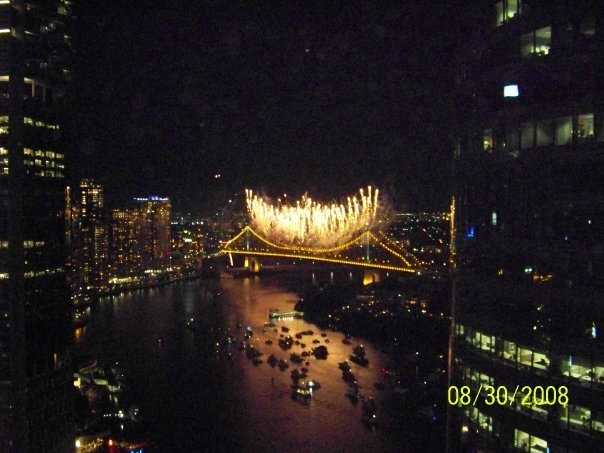 Our first stop was in Brisbane visiting our best friends who had been living there for a couple of years. They showed us around the city. It was very nice since they were familiar with that area. They lived in the city so we could walk to most places. It was a beautiful city to say the least. The highlight of our stay in Brisbane was their Riverfire Festival the end of August. They do tons of fireworks off of the Story Bridge and we were able to watch it from the balcony of our friends apartment. It was a great view of everything and we didn't have to fight the crowds down below. 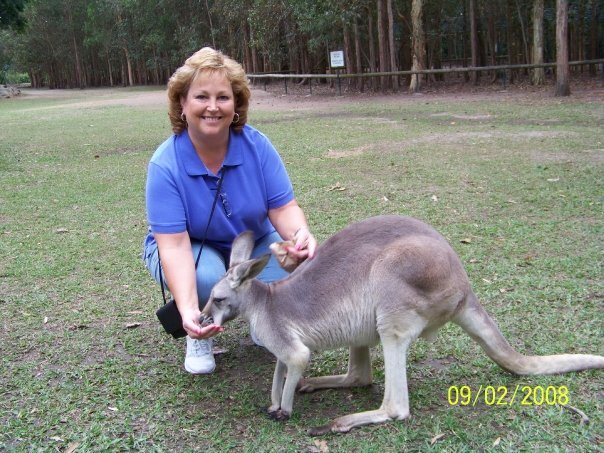 Tell us about one highlight of your trip: One highlight of the trip was taking the train to the Sunshine Coast and getting to visit the Australia Zoo. Steve Irwin had just passed away the year before we were there so there was a memorial set up and people dropped off tons of stuff to honor him and pay their respects. It was fascinating to see the crocodiles, holding the koala bears, feeding the kangaroos and elephants and much more.

What were some of the fun activities you did there:
When we got back to Brisbane, my husband and I took the train to the Gold Coast. We spent the night so we could board our sea plane bright and early the next morning that took us to the Great Barrier Reef. We were in the southern end of the reef and went to Lady Elliott Island for the day and it was about a 2 hour plane ride. The only way to get to the island is by sea plane. There is a hotel/restaurant on the island but we just did a day trip. We snorkeled off the beach and later they took us out in a glass bottom boat to snorkel farther out in the reef. It was the best snorkeling I've ever done. We saw everything from very small, colorful fish to sea turtles swimming up beside us to nurse sharks and Wobbegong sharks swimming along the bottom. We ate a delicious lunch and we flew back to the Gold Coast that evening and took the train back to Brisbane.

When I think of Australia, of course I think of the Syndey Opera house:
The next stop was Sydney! We all flew down and spent a few nights in the area. Taking a cruise around Sydney Harbour to see all of the beautiful sights in 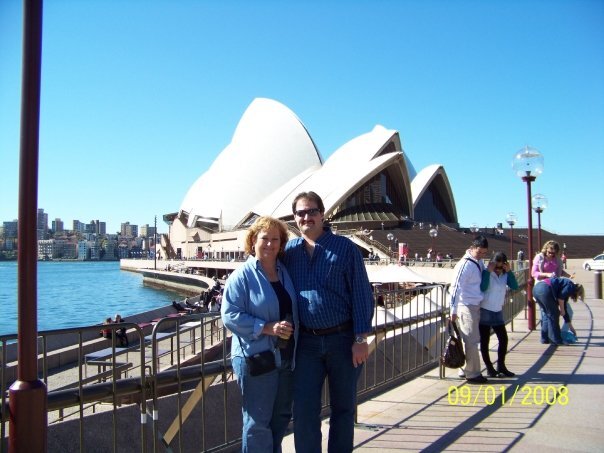 and around the city is a must. The Sydney Opera House is even more beautiful in person. I was in awe actually standing there looking at it. There are tons of shops and restaurants around the harbour area. We sampled a lot of their delicious food and tried some of the local beers.

After a few more days in Brisbane just relaxing and seeing some of the local sights, we were off to Auckland, New Zealand for a few more nights before heading back home. If you haven't been to Australia/New Zealand, I highly recommend both.